To celebrate our Church Anniversary at the beginning of March, the Church occasionally puts on a pantomime. We did this most recently in 2010 when “Jack and the Beanstalk” was performed on Friday and Saturday nights. 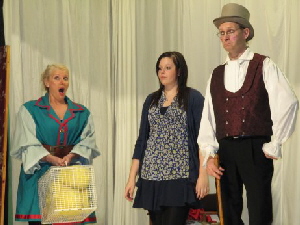 Apart from all the normal pantomime traditions (“Behind you!” “Oh, yes he is!”, etc.) our pantomimes, written by a church member, have a number of traditions of their own. The minister always appears as a prologue in some suitable guise, and the story is always set in our own neighbourhood – or a somewhat romanticised version of it! For this reason, they are always popular with local residents and we see the pantomime as a way of celebrating the community of which we are part, and a way of having fun together.

It also brings out the talents of our members, especially some of the young people, who really shone in this year’s production.

A review of this year’s panto:

“The recent Panto, ‘Jack and the Beanstalk’ was very impressive in many respects. I was amazed by the quality of the production and the talent before me! 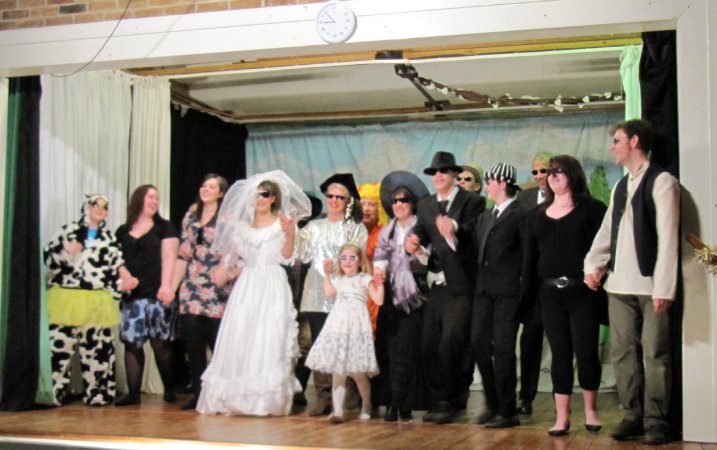 The evening started spectacularly with Andrew on the bagpipes and continued on the same high note!! (no pun intended) throughout. Laughs all the way through, thanks to John’s brilliant script, the hilarious and lovable moo cow and John’s comical portrayal of a lady! There was a beautiful song rendition of ‘Don’t stop believing’ by Journey, sung by Matty and Madeline and, not to be outdone, Snitch and Snatch gave a witty and very slick and polished performance as conmen/wise guys.

A fantastic effort by the whole cast ensured a great night for everyone lucky enough to attend. Had Victor Meldrew been in the audience I’m fairly certain of what he would have said of the finish!